How do you cook game? The fact is, too many people are unsure how to prepare dishes which feature wild game – and it’s one of the reasons the founders of an exciting start-up set up their not-for-profit business.

Steven Frampton and Michael Cannon are the men behind Wild and Game. Their aim? To make game more widely consumed. Having founded the company in 2017, they planned to make use of surplus pheasants, partridges and grouse right here in the UK.

“Game is a healthy, free-range meat that makes an excellent alternative to the farmed meats commonly consumed in the UK, yet very little game makes its way into the UK’s supermarkets.” says Steven, who adds that there are lots of people who were simply not getting the opportunity to enjoy game. The reason for this was that it simply wasn’t available to buy, as well as the fact that they didn’t know exactly how to prepare it.

“We came up with the idea of using game as a key ingredient in some of the UK’s favourite dishes – pasties, sausage rolls, curries, chilli, lasagne and pates, for example.” continues Steven, who says their first challenge was to develop recipes and entice a network of suppliers to make their vision a reality.

Trawling the UK to find chefs and producers that were experts in creating the type of dishes they wanted to sell, the duo sourced different suppliers for different products, depending on their areas of expertise.

From an award-winning pie producer to an artisan creator of pates, and from traditional sausage specialists to a leading sausage roll producer, the priority was to ensure each supplier understood their product and could adapt to using game as a key ingredient. They’d also need to be able to meet demand.

“In selecting our producers and suppliers, we looked for a proven track record,” says Steven. “The next challenge was to work with them and with development chefs to create new products based around game. This involved trialling multiple recipes until we had something we were happy with. We then had to establish whether our customers felt the same way. We are constantly developing and trialling new products to keep our offering interesting and to discover which products are winners. The popular ones become a regular part of our offering.””

The secret to Wild and Game’s success? The company regularly attends events, including The Country File Live and the Game Fair, routinely selling out of products well before the public have
gone home.

“The reception from visitors to such events has been enthusiastic, but crucially, Wild and Game’s products are also starting to reach people who may never have thought of eating game.” adds Steven.

The company’s customer base is growing, with Steven saying it’s certainly heading in the right direction. “As well as producing items such as pies, sausages and ready meals, we also use our excellent contacts with game suppliers to ensure we also offer a good range of ready-to-cook meat, from whole birds to mince and fillets. We hope that people who start with our ready-made products will find they enjoy game and want to start cooking it themselves. Our website is well-stocked with recipes to give them inspiration.”

It’s all about the relationships you forge in this ‘game’ – and as a result of the company’s strong collaborations with suppliers, they’ve been able to not only source the best quality game, but
provide game that’s in short supply. In last year’s lean grouse season, for example, they sourced an excellent supply of whole birds.

Meanwhile, the company is gaining recognition for the quality of its products, with its layered pork, pheasant and caramelised onion pie recently scooping a gold award at the British Pie Awards.

“We were delighted by the win,” says Steven. “It’s great to have recognition for the hard work put in at every stage of the development process. We hope this is the first of many awards. Our pie range is growing steadily, and we’re enjoying a lot of repeat business from people who fall in love with these unique recipes. Our aim now is to keep growing and to introduce as many people as possible to the joy of eating meat that’s lean, sustainable and in plentiful supply here in the UK.” 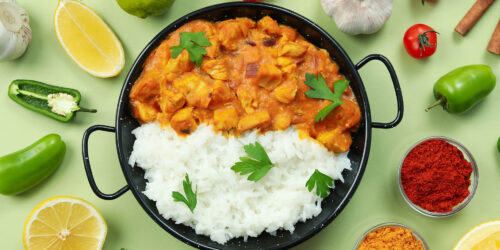 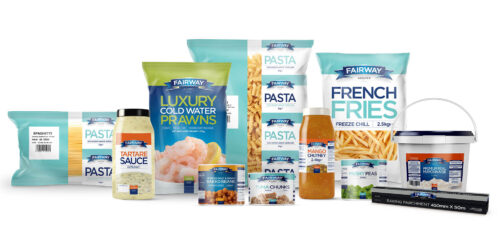